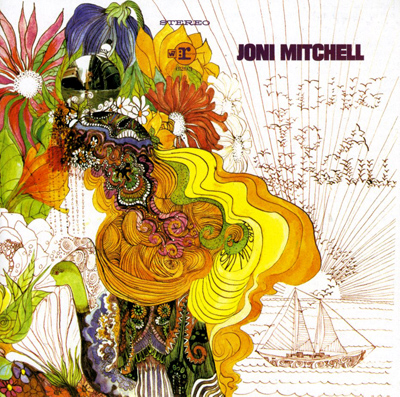 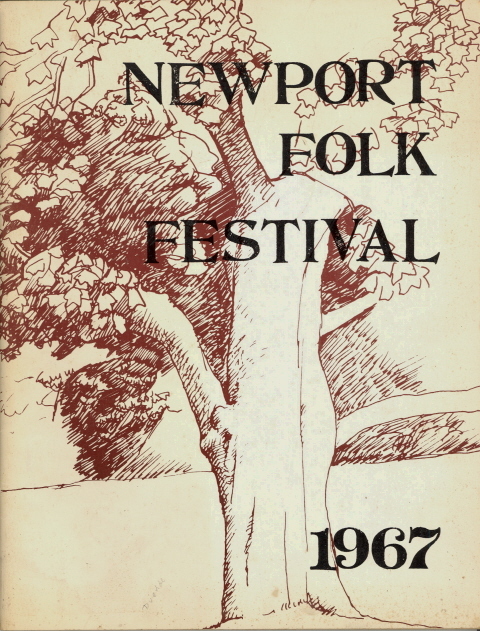 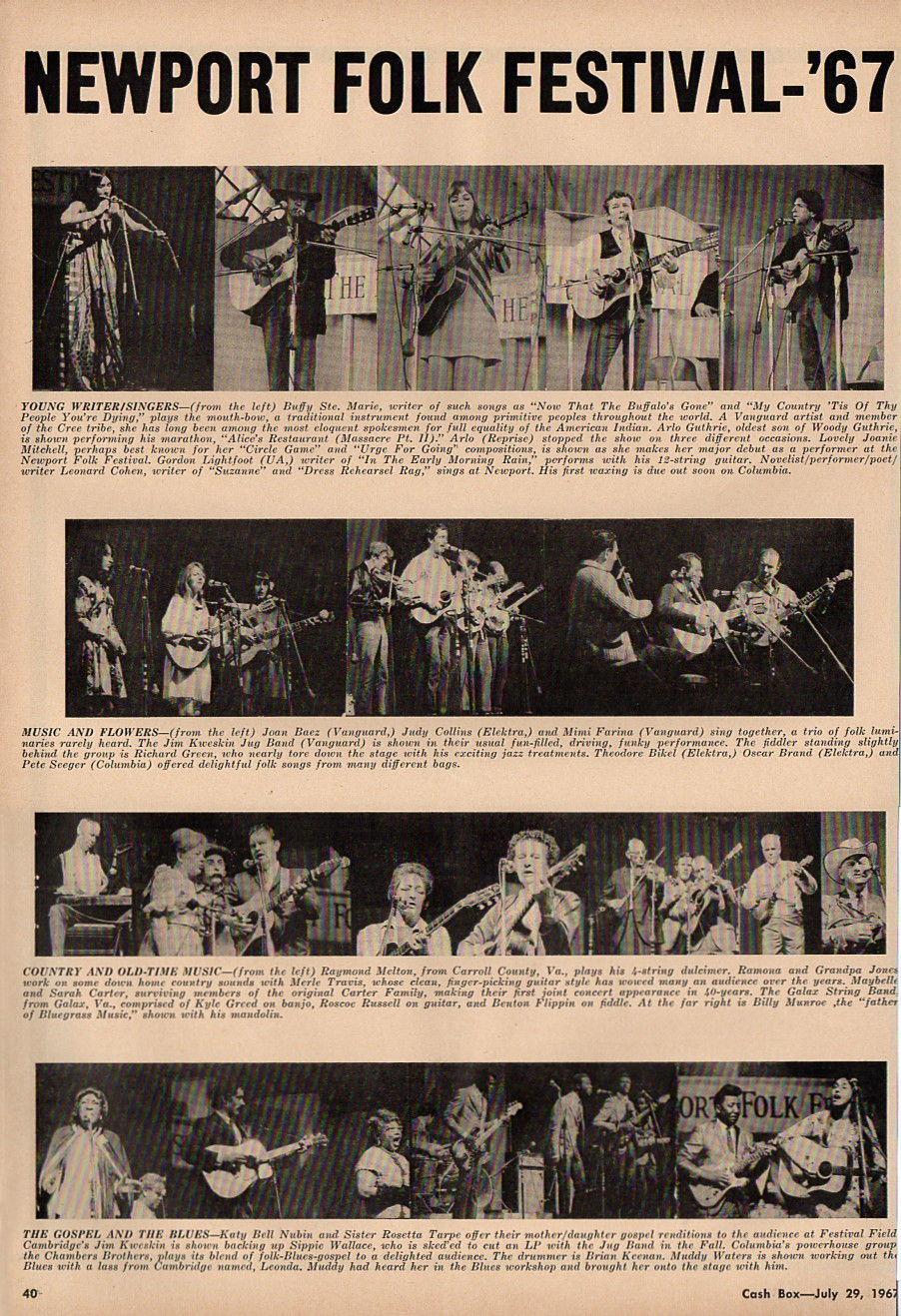 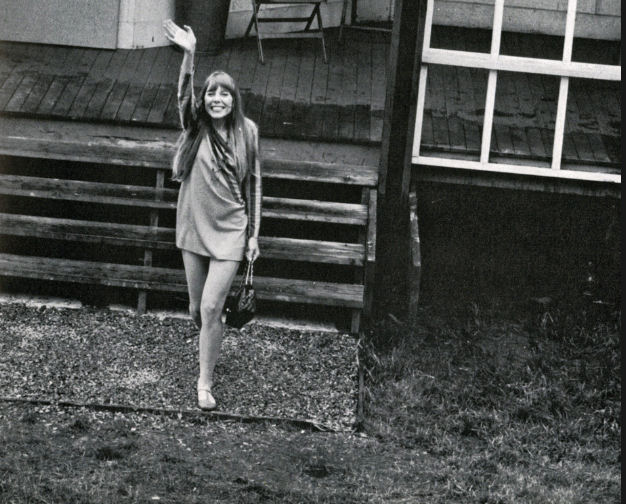 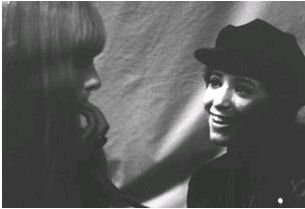 Joni, after being introduced at the festival by Judy Collins, played a short set that included “Michael From Mountains,” “Chelsea Morning” and “The Circle Game” – a set that stunned the audience, and according to Lachlan MacLearn who was there – prompted “a tumultuous and prolonged standing ovation."

It was also at the Newport Folk Festival that summer that Joni met Judy Collins’ Canadian friend, Leonard Cohen, by then a rising poet and singer. Joni was much taken with the 42 year-old Cohen, and the two began a romance. This affair, like others, is credited with fueling Joni’s “love muse,” helping to inspire her songwriting. Among the Joni Mitchell creations credited in whole or part to her time with Cohen, are said to be: “Rainy Night House,” “The Gallery” and “A Case of You.”

As became her practice, Joni wrote snatches of material based on what moved her at the moment, these figuring into songs she might not complete until months or years later. The Cohen affair, in any case, ended within a year or so, after Joni discovered Cohen wasn’t everything she thought he was. Still, Cohen described Joni as “prodigiously gifted,” and a “great painter too.” 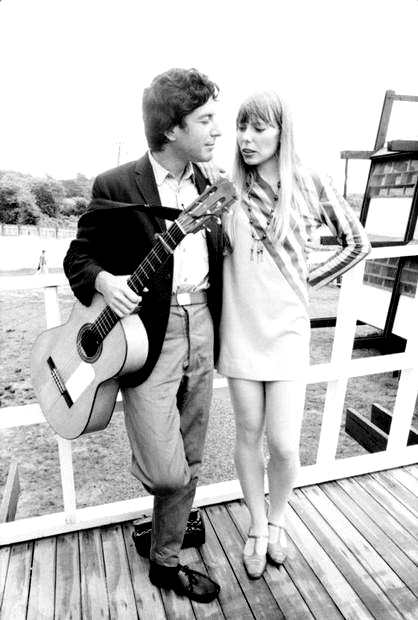 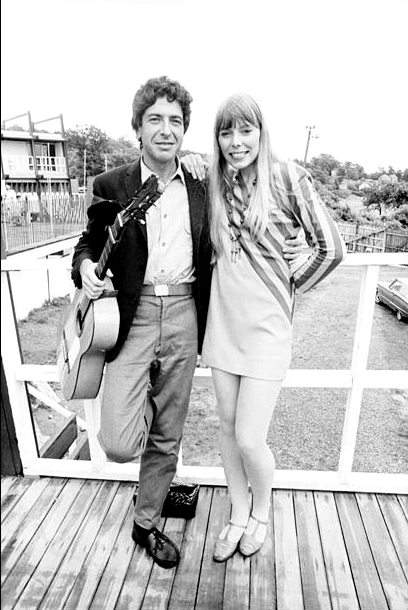 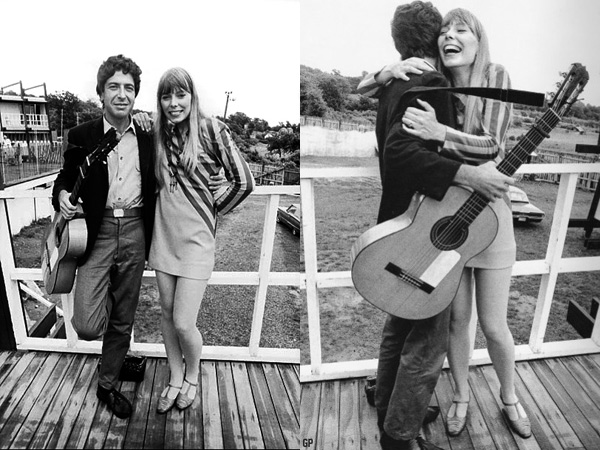 At the [1967] Newport Folk Festival … Leonard did “Suzanne.” I’d met him and I went, ‘I love that song. What a great song.’ Really. “Suzanne” was one of the greatest songs I ever heard. So I was proud to meet an artist. He made me feel humble, because I looked at that song and I went, ‘Woah. All my songs seem so naive by comparison.’ It raised the standard of what I wanted to write. 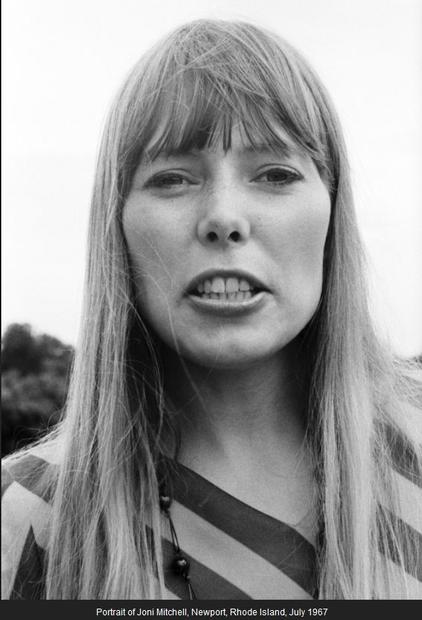 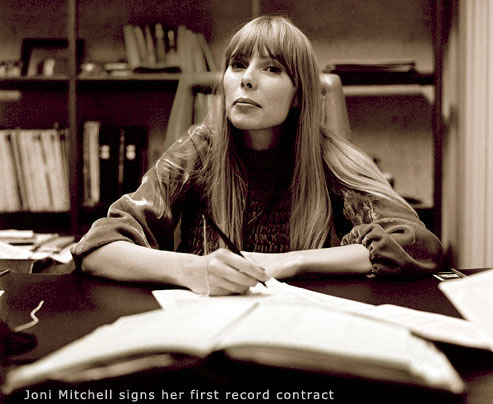 I was 14 on that summer afternoon and unaware that when I left the lawn in front of the stage later that afternoon my life would be radically altered. I had heard the song Michael from the recent Judy Collins recording and I loved it. I had no idea, as she wasn't billed for that afternoon's show, that I would be seeing the author sing that beautiful song. Judy Collins introduced her onto the stage and Joni sang a brief set that stunned the audience. It was a magical day.

The Incredible String Band had played earlier on and I had no idea that Music could be so bazaar and whimsical. I think Eric Anderson sang that afternoon. Was the Young Tradition also there? Arlo Guthrie sang Alice's Restaurant which he had sung the night before onstage. It is all a bit of a blur between the night before and the "Joni" afternoon but after that day I turned off AM radio forever. Jai Joni. Shanti and Many Thanks