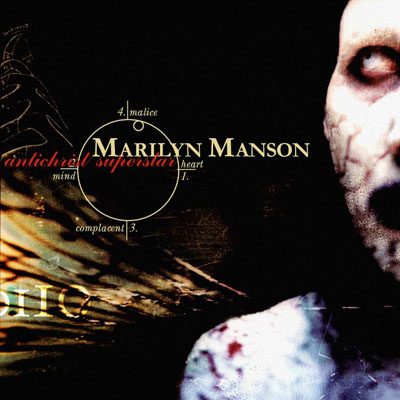 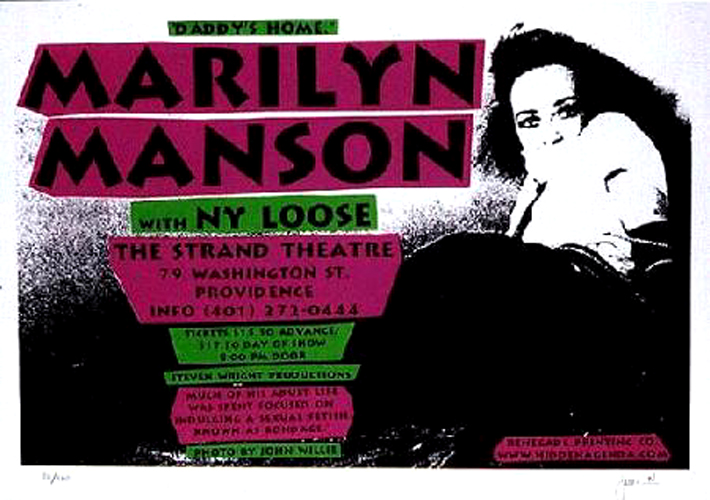 
angel with the scabbed wings
get your gunn
dried up, tied and dead to the world
tourniquet
lunchbox
sweet dreams
irresponsible hate anthem
minute of decay
little horn
cryptorchid
antichrist superstar
the beautiful people
the reflecting god
1996
cake and sodomy
misery machine
man that you fear 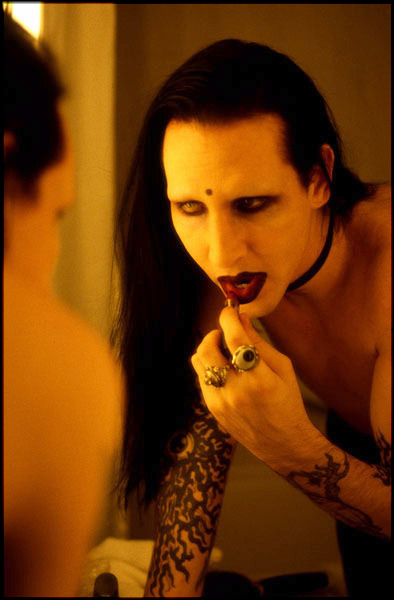 Not missing out on any Halloween publicity, Marilyn Manson made his way through town again to begin what looks like his biggest tour yet. The new "Antichrist Superstar" was #3 on the charts and Marilyn had a day off to rest up for his show at the Strand.

MM was supposed to play Boston the night before, but apparently there was a buzz in the sound system, or just a generally shit system, that forced them to cancel the show and head to Providence early. With nothing else to do, they went to the Strand Dance Party Saturday Night and scared up a few of the locals.

Rested and ready they did a superb set the next night. Even before Manson showed up the opening band NY Loose brought out a special guest, Sean X from White Zombie, who did the Stooges "Now I Wanna Be Your Dog," or something....

I was impressed with MM's growth. Last year Marilyn was smashing bottles on his head, cutting himself, and generally seemed to be a weaker soul compared with his new Antichrist persona. The new Marilyn seems more confident and struts around more.

They did really rocking versions of "Irresponsible Hate Anthem," "The Beautiful People," and even did one of those vegas snow storms on stage for a cool version of "Cryptorchid." Marilyn even strapped on a giutar a few times for "Dried up, Tied up and Dead to the World," and "Minute of Decay."

The best effect of the night was the version of "Antichrist Superstar." The stage changed into a Nazi/ Pink Floyd inspired banner waving rally. Marilyn stood behind a raised podium with the huge red and black AC logo on it. Big red banners had the same logo on it. The crowd slauted in time with the song while Marilyn posed away like he was in a Madonna video. He would make a much better Evita, judging by the way he fluttered his fake eyebrows and limply waved at the cute boys up front.

People seemed to really dig the show. The sound was great, and Marilyn wasn't nearly as spooky as they expected. Marilyn rarely spoke to us except to ask if anybody had heard he was gonna blow himself up a few days later on Halloween.

Of course they did "Sweet Dreams," but they did it mid set to get it out of the way. For encores the band did a nasty version of "Cake and Sodomy" and something I didn't know. They also came back out and did an third encore, "Man that You Fear."

Marilyn managed to live through Halloween, and I guess the band is touring Europe. Supposedly they'll be back for a spring or summer tour. William Bennett and C. Delores Tucker got on MM's case again calling ACS the worst album of the year- more h armful even than gangster rap, so I guess Marilyn is starting to get his message across.